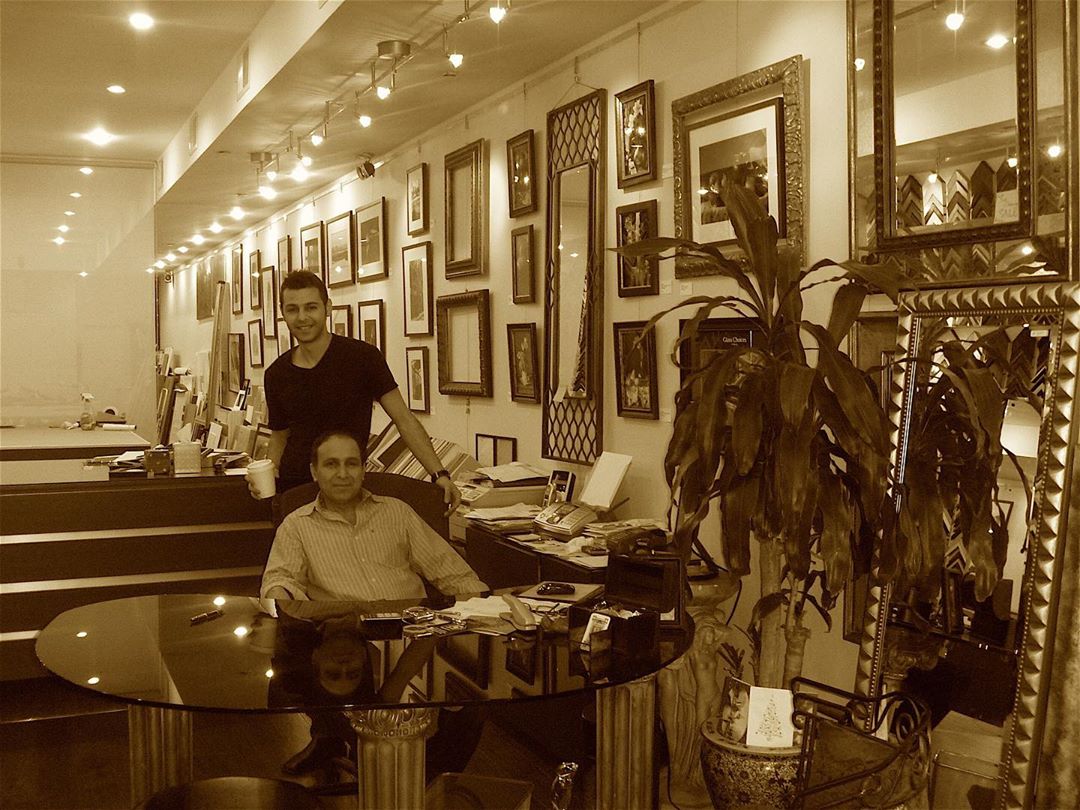 David Marom opened New Yorker Picture Frames with his friend Nick in 1976. It was a dream come true. David was born in Israel and essentially grew up in a print house. His family owned and operated a print shop in Israel, and so David grew up with a keen eye for art and printing.

David moved to New York to work for his cousin, who owned a successful frame shop in New York. Of course, the idea of being a part of the New York art culture was nothing short of a dream. It was here that David met and worked alongside his future business partner, Nick.

When David’s cousin decided to close his shop to go into the restaurant business, David and Nick got to work figuring out how they could open their own shop and make a name for themselves. David didn’t let his sometimes-limited grasp of English slow him down. His attention to detail and work ethic was unmatched by anyone. They decided that Nick would manage sales while David would operate as Frame Master.

The frame shop was small and modest, but that didn’t stop it from becoming a refuge for local artists, including the infamous Andy Warhol and a number of other artists and collectors. Nick became embedded in the art and nightlife community of 1970s New York. In fact, many of the artists who frequented the frame shop were also regulars at Studio 54. The notorious nightclub was known for attracting the most interesting people in New York, many of whom were artists and clients of New Yorker Picture Frames.

David and his wife lived above the frame shop on Second Avenue and specialized in supplying galleries and artists with hand-gilded and gallery-style frames at a competitive price point with unmatched quality. David partnered with printer Baldev Duggal, who did the printing for Andy Warhol while David did the custom framing. Duggal was a pioneer in the printing industry and a legend in his own right. To this day, New Yorker Picture Frames continues to frame for Duggal Visual Solutions, keeping the tradition of artisanal custom framing alive.

Times have changed, but our commitment to providing our clients with the best value for their money hasn’t. New Yorker Picture Frames has grown from a small storefront to a powerful force in the NYC framing community, holding long-running relationships with prestigious designers like Marc Jacob, art collectors like Sotheby’s and Christie’s, and notable institutions such as New York University.

Because of the nature of our business, many of our customers have become friends who will visit us when they have a new piece of artwork to frame or just to stop in and share a story over a cup of tea. We welcome visitors of all kinds who are passionate about art and want to get the best frames for their private or public collections. The next time you’re in Gramercy, make sure to stop in and say hello.